A new mix from Jed... "If you lived in New York during the 1980’s then you listened to the “world famous” WLIR, the radio station that “dared to be different.” Based in Long Island, it was the first station to switch to a “new wave” format. WLIR was initially the only place you could hear bands like the Talking Heads, the Police, the B-52’s, The Cure, and many others. WLIR helped popularize a lot of these artists to the mainstream. The programming was lots of fun. Weekly programs included the “Screamer of the Week” (best new song as voted by the listeners) and the “Party Out Of Bounds” on the weekend nights. The DJ’s were very hip too: Malibu Sue, Donna Donna, Larry The Duck, Bob Waugh and Ben Manilla. Although WLIR is gone, the great music they played remains with us. This mix is a tribute to the glory days of WLIR (1982-1985). Enjoy"... January 2010. 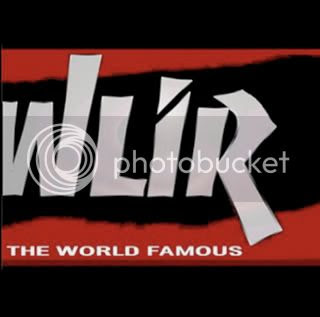 Cassette 1/Side A
Call Letters - WLIR
One Step Beyond - Madness
Windout - R.E.M.
It's Alright For You - The Police
Private Idaho - The B-52's
Crocodiles - Echo & the Bunnymen
I Will Follow - U2
How Soon Is Now? - The Smiths
Safety Dance - Men Without Hats
Just Can't Get Enough - Depeche Mode
Blister In The Sun - Violent Femmes
The Love Cats - The Cure
It Ain't What You Do It's The Way That You Do It - Bananarama w/ Fun Boy Three
I'll Tumble 4 Ya - Culture Club


Cassette 1/Side B
Party Out Of Bounds - WLIR
In A Big Country - Big Country
The Killing Moon - Echo & the Bunnymen
Just Like Heaven - The Cure
Tenderness - General Public
What Is Love? - Howard Jones
The Ghost In You - Psychedelic Furs
Whisper To A Scream - Icicle Works
Hands Across The Sea - Modern English
Pretty Persuasion - R.E.M.
Save It For Later - The English Beat
I Want Candy - Bow Wow Wow
Whip It - Devo


(if player is not working please try refreshing the page)
Posted by Meg at 5:38 PM

Jed, are you familiar with The Skids? I'm not, but I was told to listen to them. Apparently it's the pre-Big Country band of the lead singer's that is more punkish. Anyway, great mix. I wish I could have been around to ride the new wave.